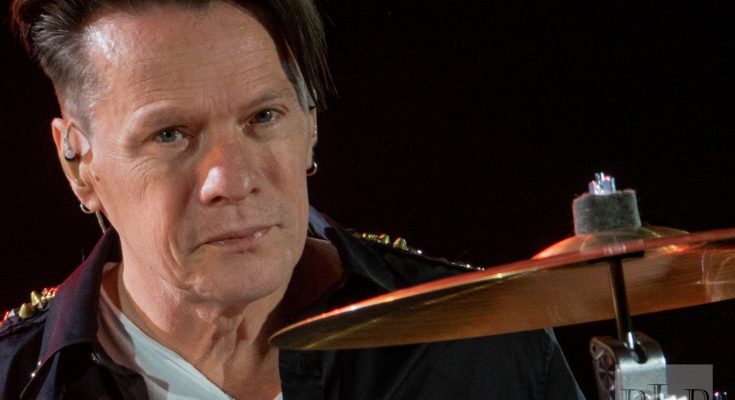 Take a look at Larry Mullen, Jr.'s nationality, net worth, and other interesting facts!

Larry Mullen Jr. is a popular Irish musician and actor. He is most well-known for being the drummer and the co-founder of the rock band, U2. Some of the most popular U2 songs include “Sunday Bloody Sunday,” “Where the Streets Have No Name,” and “Mysterious Ways.” He has produced the Ireland national football team’s song “Put ‘Em Under Pressure” for the 1990 FIFA World Cup as well.

Larry Mullen, Jr. has experienced an exciting and successful career, to say the least.

Larry Mullen Jr. began his career when he formed the rock band, U2 on the 25th of September 1976 in Artane. The band originally consisted of the members, Larry Mullen, Paul Hewson, David Evans, Dik Evans, Adam Clayton, Ivan McCormick, and Peter Martin. The band was originally named the “Larry Mullen Band,” but its name was soon changed to “Feedback” and later, “The Hype,” before finally settling on “U2”.

Read about the family members and dating life of Larry Mullen, Jr..

Larry Mullen Jr. has been in a relationship with Ann Acheson for more than 40 years. Together they have three children, Aaron Elvis Mullen, Ava Mullen, Ezra Mullen.

Companies like Spotify, the new Apple service, and all the others are really going to have to pay artists more. And I think it’s a matter of time; I think a lot of these companies and the individuals that are involved in them realize that as well. They know that artists are not getting what they should be getting. 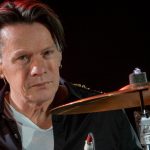 We need to be creative, on the cutting edge, challenged, and it’s really hard going. It’s relentless, and we’re relentless, and we have a history of breaking engineers, producers. I mean, people come out of working with U2 and just go, ‘I just don’t know what’s happened; it feels like a lifetime has passed by.’ And that’s just the way we work.

It’s a tough life being a pop star. You know, at the end of the day when you’ve paid all the bills and put the kids through college and that, you know, there’s only enough left for a small island off the South Pacific.

I don’t know what I’m qualified to do, film-wise… So it’s really down to a director or a casting director to find something that they think I could do.

Relevance, for me, is about being creative and doing things that you believe in, whether that’s music or acting or painting a picture, or whatever that is.