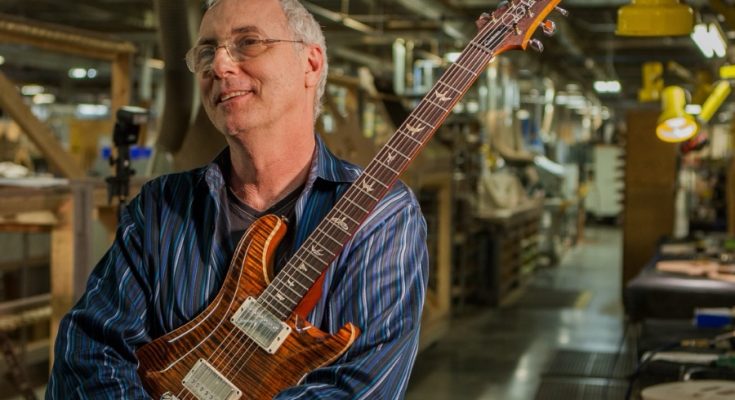 Take a look at Paul Reed Smith's nationality, net worth, and other interesting facts!

Paul Reed Smith is an American guitarist and businessman who is famous for being a master luthier and the owner of the guitar shop, PRS Guitars. He is known for making high-quality guitars, and his guitars are preferred by a large number of musicians because of its fine quality. His ability to make these fine qualities guitars as he has a very good knowledge of music and guitars.

Paul Reed Smith has experienced an exciting and successful career, to say the least.

He decided to set up Digital Harmonic when he and his dad were working with a synthesizer that turns digital data into sound. He wanted to launch a new technology that can develop sharper, enhanced X-rays while not causing any harm to patients or medical workers by reducing the amount of radiation emitted by it. He made a team which consisted of some renowned scientists, physicians, former Commissioner of the Food and Drug Administration. He launched this program because he wanted to complete the life-long research started by his father.

Read about the family members and dating life of Paul Reed Smith.

We know nothing about his dating life or about his married life as he never revealed anything about his personal life. He considered Ted McCarty, who is the creator of Explorer, ES-335, and Flying V guitars as his mentors. He opened PRS guitars under his guidance. He has always followed his footsteps and has immense respect for him.